Our club was originally known as The United Services Golf Club, having been set up by serving officers of the armed forces. It is not known exactly when it started, but it was certainly registered with the Royal and Ancient in 1905 as a nine hole course with 50 members.

Even the exact site is uncertain, it is believed that golf was played north of the railway line with the Mulberry Inn, on the Lower Rainham Road, acting as a convenient HQ. (It is important to remember that in those days any field could become an instant golf course without the expensive construction work necessary today).

In the Great War, the course, by this time on its present site, fell into disuse to become grazing land. In 1919, the Club was re-instated and James Braid was commissioned to lay out a new course. Lt George Taylor RN was an early Secretary. 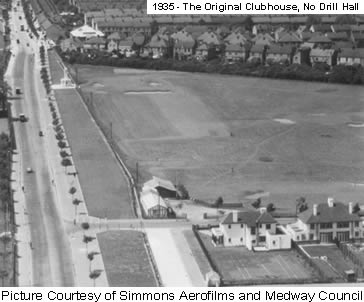 The clubhouse started its life as an old army hut purchased for £40. By 1920 a few civilians were admitted as honorary members at a time when horses were still pulling the mowers to cut the fairways. Three years later, a Ladies' Section was formed

At this point it has to be stated that in later years most of the Club records have been lost, but fortunately those of the Ladies have survived to give us an unbroken record back to 1923.

The Second War saw the course left in the hands of a few elderly but dedicated civilians, who were able to keep four holes going whilst the remainder was given over to tank traps, anti aircraft rocket and searchlight batteries.

At the end of hostilities, the War Office were persuaded to rehabilitate the course and by 1950, fifteen holes were in use with the others following shortly after.

In times of change the civilian element grew and, due to greater mobility, the service membership declined. To reflect this, the name changed to Gillingham and United Services Golf Club. As the War Office at this time seemed unwilling to clarify our leasing arrangements our affairs were, for necessity, run very much on a shoestring. It was not until 1958 that a new lease was agreed. 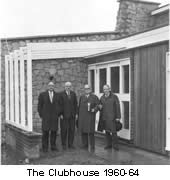 Shortly after in 1960 the whole site was sold to Gillingham Council eventually giving us some security of tenure. So much so, that in 1964 the sorely needed new clubhouse was built. This was further extended four years later to include a steward's flat.

All this activity made it prudent to form in 1964 a proper company, Gillingham Golf Club Ltd.  1986 saw a serious threat to the continued existence of the Club when it was clear that a dual carriageway link road was to be built across the course. There was much speculation about alternative sites and a period of uncertainty prevented any further progress and, indeed, a freezing of membership. In the event, the land lost to the new road was partially replaced by a section of the Langton playing fields.

This enabled us to construct new holes in good time and to start negotiations for a longer lease, which in turn paved the way for our next new clubhouse.

Our splendid new building which was formally opened on 8th March 2002 by Mr Ronnie Corbett O.B.E. From then onwards, steady progress was made and the new facilities settled down to give the Club a home of which members could justifiably be proud. In 2005 Centenary celebrations took place through the year and should augur well for the next hundred years.

Copies of the Centenerary book 'A Hundred Years of Gillingham Golf Club' written by Mr J Wigley are available from the office.  These are priced at £3 for non members, members can obtain a copy free of charge. 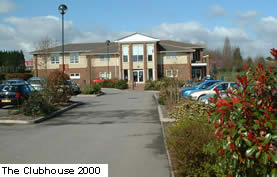